Facebook has agreed to buy Giphy, the popular platform of sharable animated images, Axios has learned from multiple sources. The total deal value is around $400 million.

Some of you might recall the Giphy SEO penalty from 2017.

Remember, the search god only allows one god. And so they punished Giphy for indexing their search pages.

You can see it clearly when you zoom in on the /search/ directory.

This subdirectory made up almost 30,000,000 monthly visits but, as you can see in the first screenshot, Giphy recovered.

They built a new directory to host gifs: /explore/.

They also gave each gif a unique URL in the /gifs/ subdirectory.

Giphy took it a step further and launched a new format called stories in February 2019:

And then, during my research, I found something unexpected…

Tenor is a direct competitor to Giphy and was bought by Google in March 2018.

Google has acquired GIF platform Tenor, adding a library of animated images to its vast internet search engine.
The company said in a blog post on Tuesday that it’s purchasing Tenor for an undisclosed amount and plans to integrate GIFs into Google Images and Gboard, the company’s virtual keyboard.

GIFs have gained popularity on Android and iOS as well as on desktops. Tenor had more than 300 million users as of last year and topped 12 billion monthly search requests in February. The company also has a growing advertising business, creating sponsored GIFs for companies like Dunkin’ Donuts, Nissan and AT&T.

It’s still smaller than Giphy (11M vs. 20M visitors per month). Mind you that Giphy’s penalty happened a couple of months before Google acquired Tenor:

Now, let me remind you of the screenshot I showed you before.

I was researching keywords Giphy lost rankings for when their /search/ subdirectory got cut off. But then I found this:

That’s Tenor, Google’s gif platform, ranking with two results. And yes, they’re ranking with gifs in their /search/ subdirectory, using exactly the same method Giphy got penalized for a couple of years ago.

How can it be that Tenor gets away with it when Giphy didn’t?

Has Google changed its standards about indexed search pages or has it “overlooked” Tenor?

The Giphy acquisition is more of a data play for Facebook than anything. Instagram, Whatsapp, and Co were providing the functionality to use gifs before already.

Numerous services rely on Giphy’s API for supplying GIFs, including Twitter, Pinterest, Slack, Reddit, and more. While Facebook’s announcement would seem to indicate that those services will still be able to rely on Giphy as they currently do — at least for now — there may be some added tension with those services going forward given that several of them compete directly with Facebook.

What might not be obvious, however, is that each search and GIF you send with Giphy is also a “beacon” that allows the company to track how and where the image is being shared, as well as the sentiment the image expresses. Giphy wraps each of its animated GIFs in a special format that helps the image load faster, and also embeds a tiny piece of Javascript that lets the company know where the image is being loaded, as well as a tracking identifier that helps follow your browsing across the web.

When embedded into third-party apps, Giphy can track each keystroke that’s searched using Giphy tools. Developers who install Giphy tools into their apps are required to give the service access to the device’s tracking ID. Such access allows Giphy (and now, Facebook) to better match the identity of a user across the apps they use on their phone.

Zoom has already removed Giphy, at least temporarily (PC Mag). It will be interesting to watch what other players will decide to remove Giphy to not give away too much data to Facebook.

Facebook made a smart move in the acquisition of Giphy, not only because it’s bigger than Tenor. However, with the increasing competition between the two tech giants, the question of whether Google should hold its double standards or not is a legit one that nobody talks about. 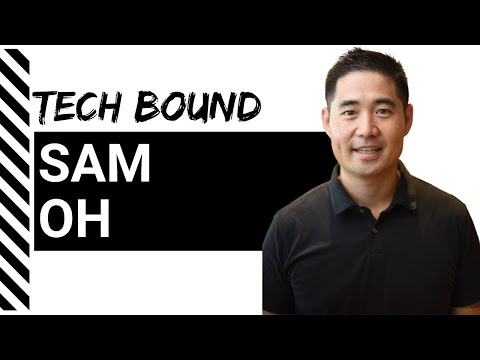