The world is becoming more visual. Instagram is "the image social network", Snap is a camera company, and TikTok based on videos. As humans learn and navigate more visually, Google adapts Search as well: Image SERP Features are on the rise. This article presents what I learned about Image Boxes and Thumbnails from digging through SERP Features based on +100,000 queries and traffic from the top 1,200 domains in the world.

This is part 2 in a series about the impact and behavior of SERP Features. Part 1 was about SERP Features. The data set is the same, and you can find the methodology of the analysis in the intro of the first part of the series.

In an important blog article from 2018, Ben Gomes announced to make Search more visual with the help of an improved understanding of visuals (emphasis mine):

“Since then, we’ve been working to include more imagery and videos in Search, whether it’s illustrated weather reports, live sports clips, or our visual recipe experience. We’ve been able to do this in part thanks to advancements in computer vision, which help us extract concepts from images. We model hundreds of millions of fine-grained concepts for every image and video that we have in our index. For example, an image of a tiger might generate concepts like “feline,” “animal” or “big cat.” This lets us identify a picture by looking at its pixels, without needing to be told by the words on a page.”From search to discovery engine

In reaction to this announcement, I huddled with RankRanger and SEMrush to understand its impact.

I looked specifically at image boxes and image thumbnails. One of them is a huge distraction from regular organic results. The other one just looks good.

Image Thumbnails are little images Google shows in mobile Search snippets (not on desktop). The data for 2019 tells us two things.

First, 45% of German, 55% of UK, and 65% of US mobile search results show Image Thumbnails. That makes it one of the most-shown SERP Features of all, which makes sense because it's not very invasive but helps users make better click-choices.

Second, Google turned Image Thumbnails up in mid-May 2019 and kept them steady ever since. Other than Featured Snippets in the first article of the series and Image Boxes - as we'll see in a second - it almost seems as if Google just decided to turn the volume up instead of testing them. It seems like a conscious decision.

Image Boxes are a very different manifestation of visual Search. Google shows them for keywords with a user intent that signals exploring, discovering, inspiration, and research. Image Boxes aid users in making choices.

This speaks for the thesis that Google understands the need for visual search aid (Image Boxes) on a different level than Featured Snippets or even Image Thumbnails. Another point that supports this is that there are no big differences between the percentage of SERPs showing Image Boxes in the US, UK, and DE when looking at the same device.

Note how Image Boxes diverge on mobile and desktop in the US (screenshot above), starting in April 2019. They run in parallel but then split apart. This signals that Google tests and adjusts Image Boxes differently on devices - a hint at device-based user intent.

Some markets show different trends: Germany shows a very parallel progression of Image Boxes on both devices throughout the year.

My theory is that Google can understand when users like and use Image Boxes or not on a language and device level - and then simply adjusts them.

The impact of image SERP Features on traffic

As in the first article, I want to wrap up by looking at the correlation between the SERP Feature and traffic from the world's 1,200 largest domains.

First, I didn't find a correlation between Image Thumbnails and traffic. That makes sense: they are more of a SERP layout change than a SERP feature of its own. You can impact it, but we haven't yet figured out how to control Image Thumbnails. In most cases, Google seems to pick the featured or product image.

Second, I did find strong negative correlations between Image Boxes and traffic (see below): -0.71 on desktop and -0.74 on mobile.

You can see the correlation with the sheer eye: Image Boxes draw so much attention that regular organic results get fewer clicks. They are true traffic drainers.

In other words, invest in unique and high-quality images to increase your chances of showing up in Image Boxes and getting that traffic to your site. Even if users do not click through, being present in an Image Box can get your product or brand into their minds and set of choices. 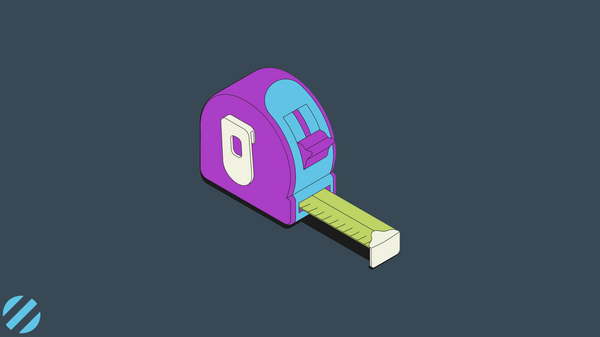 Topical Authority is still a mystical concept, partly because we don't have a good way to measure it. In this post, I want to offer a method to quantify Topic Authority.

Yep, ahrefs' new search engine, is the first to share profits with websites. But can it succeed against the Alpha, Google? 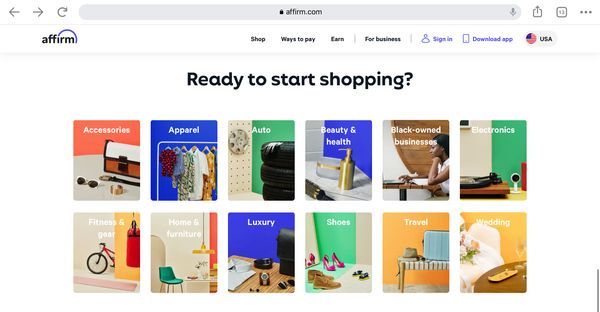 BNPL providers like Klarna, Affirm, or Afterpay follow specific organic growth strategies that slightly differ and might decide between winner and loser in this winner-takes-it-all game.