Wish you could get more traffic from Google?

Half the battle is understanding WHAT you need to fix on your site.

This is the power of Ahrefs Webmaster Tools! A cost-friendlier alternative to expensive audits.

AWT shows which keywords your pages rank for, how Google sees your content, and what changes can boost your traffic.

Imagine what this could do for your business…

Visit ahrefs.com/webmaster-tools for this free tool.

The New York Times recently reported about a Code Red initiative at Google as a response to the success of Chat GPT. Many say AI-driven chatbots are the first real threat to Google and its business model. Google could adopt the technology and add it to Search like its competitors Neeva, Perplexity AI or You, but the risks to its ad-driven business model are sky-high.

Adding an AI chatbot to Search would mean Google would cannibalize itself, which only a few companies in history successfully accomplished. Netflix transformed itself when switching from DVD rental to streaming. Apple set the basis for becoming the most valuable consumer company in the world when it replaced the iPod with the iPhone.

In this memo, I explore what good product cannibalization looks like to maybe find an answer to how Google should react to Chat GPT. I explain the different types of cannibalization at the hand of popular examples (Amazon, Google, Instagram, Netflix, Apple) and help you understand when cannibalization should be on the table and when not.

What is product cannibalization?

Product cannibalization is the replacement of a product with a new one from the same company, typically expressed in sales revenue. Even though most definitions say that cannibalization occurs when revenue is flat while two products trade market share, there is a number of examples that show revenue can grow as a result of cannibalization.

In tech, new technology leads companies to replace old products. New Playstation consoles, for example, significantly replace sales from older ones, especially since they're backward compatible with games. Another example is the growth of headless CMS, which increasingly replace coupled CMS and push content management providers to offer new products and features.

Netflix made several product pivots in its history, but two stand out the most: the switch from DVD rental to streaming and subscription-only to ad-supported revenue.

On November 3rd, 2022, Netflix launched an ad-supported plan for $6.99/month on top of its standard and premium plans (see below). During the pandemic, Netflix's subscriber numbers skyrocketed but came back to earth like Falcon 9 when Covid receded.

Another challenge for Netflix is competitors. Initially, the strategy of creating original content and making the experience seamless across many countries resulted in strong growth. But when competitors like HBO, Disney and Paramount launched similar products with original content, growth slowed down.

When Netflix launched the ad-supported plan, only 0.1% of existing users made the switch, but 9% of new users chose it (see below). A look at other streaming platforms suggests the share will increase over time: Hulu has 57%, Paramount+ 44%, Peacock 76% and HBO Max 21% of subscribers on ad-support plans.

We can conclude that the new Netflix plan is not the same type of cannibalization as its streaming service. In 2007, internet connections became strong enough to open the door to streaming. Netflix was not the first company to provide movie streaming but the first one to be successful at it. The company paved the way by incentivizing DVD rental customers to engage online, for example, with rental queues on Netflix's website. But ultimately, the pivot was the result of technological progress.

Another product that saw the light of day for the first time in 2007 was the iPhone. When it launched, the iPhone had all the features of the iPod and more, making it a case of full product cannibalization. As a result, the share of revenue from the iPod significantly decreased once the iPhone launched (see below). Even though you could argue it's a regular case of market cannibalization when looking at revenue streams from each product, it was a technological step change instead of price cannibalization. However, big steps in technology don't always lead to a desired replacement of an old product.

Take the Amazon Kindle, for example. Launched in 2007, just like Netflix's streaming product and the iPhone (something was up that year), Amazon brought its new ebook reader, Kindle, to market. It made such an impact that people predicted the death of paper books. But over 10 years later, ebooks stabilized at 20% market share, while print books captured 80%.

The reason is that publishers got into pricing battles with Amazon and Apple, which also started to play an important role in the ebook market (long story you can read here). Amazon attempted to cannibalize its core business (books) with the Kindle (ebooks) but couldn't make product pricing work, which resulted in ebooks often being more expensive than print editions. The technology changed, but consumers weren't incentivized to use it.

Instagram saw the success of Snapchat stories and decided to copy the feature in order to mitigate competitor growth. Despite the cannibalization of regular Instagram posts, net engagement with Stories was greater. You could argue Youtube Shorts follow the same principle.

How Google should think about cannibalization for Search

Let's apply these principles to the case of Google vs. AI Chatbot. If Google were to add AI to Search in a similar way as Neeva & Co (see previous article about Early attempts at integrating AI in Search), the following conditions would be true:

However, not all conditions are true:

AI Chatbots like Chat GPT can't yet satisfy all search queries. They're useful for information-driven search queries but lack databases to give good answers to product or service searches. Even Neeva & Co serve classic web results when searching for "best plumber in Chicago" and products when searching for "men's winter gloves". However, these are the queries that search engines with an ad revenue business model can monetize best.

Chat GPT is said to cost at least $100,000 per day to run in December when it crossed one million users. Today, it's likely to be a multiple of that. Google Search sees billions of search queries every day. Even with Google's advanced infrastructure and talent, it's likely AI chatbots are costly. And they can be slow. Current Google Search systems like Featured Snippets might provide a much faster answer.

Based on the principles of product cannibalization, Google should integrate an AI chatbot in limited ways, such as only for informative questions, to not lose market share to other search engines but not yet go all in. Google needs to find a balance between web results and AI Chatbot results based on which is faster and more accurate (we haven't even touched AI hallucination).

The implications of product cannibalization for Marketing

One, positioning must change. Google would go from Search to answer engine (if it hasn’t already) with an AI chatbot integration. The company has been talking about being "AI first" for a long time but mostly used the mantra for product development instead of bringing that perception to consumers.

Two, as a result of positioning changes, competitors change. When Apple launched the iPhone, it stepped in the ring with Samsung, Nokia, Blackberry, and other phone manufacturers. Google would compete with OpenAI and closer with Microsoft if it launched an AI chatbot. Choosing to compete with new companies and for new markets is only a good idea if you have a superior product, which means the messaging has to adjust as well.

Three, product cannibalization leads to a change in pricing. The iPhone was significantly more expensive than the iPod but also provided a lot more value since it could browse the internet, call and text.

Four, brand perception changes (for better or worse) as a result of new positioning, competitors and pricing. Netflix stripped its skin of a DVD rental company and adopted the perception of a tech company when it launched streaming.

Companies need to keep their eyes peeled for technological step changes and tectonic shifts in the competitive landscape to embrace and push positive product cannibalization.

At the hand of Bankrate, Cnet and Creditcards.com, we can now better understand the impact of AI content on SEO.

Neeva, You and other search engines have embedded AI in their search results and give us an idea what the future of search could look like. 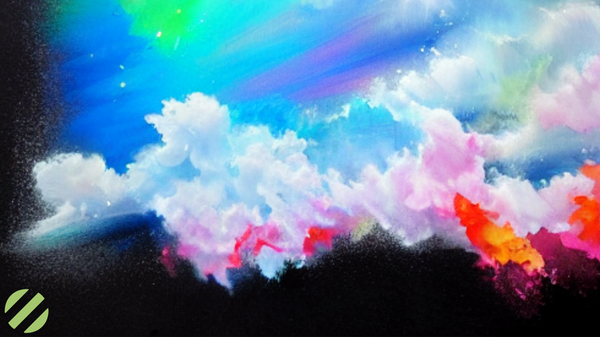 What are the 2nd order effects of generative AI and the flood of mediocre content it leads to?